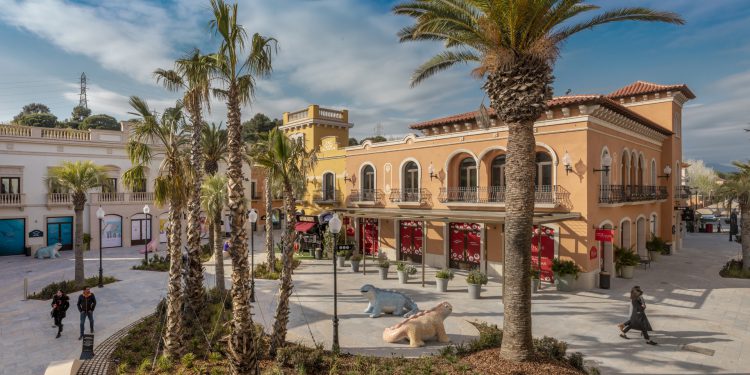 RUBAU has completed the construction of the new UNDERGROUND CAR PARK AND THE REMODELLING OF “LA ROCA VILLAGE”, a sustainable and environmentally friendly project during its design and construction.

La Roca Village is the largest outlet-style shopping destination in southern Europe and it is located in La Roca del Vallès. With the aim of improving the experience it offers to its clients and firms, the Village was expanded and the new underground parking space was built. The project, with a total built area of 31,664 m2, has sought to guarantee, as far as possible, its low environmental impact through the installation of photovoltaic panels, rainwater harvesting systems and drip irrigation, among others.

The new underground car park consists of 758 parking spaces. The project consisted of constructing two new underground parking levels and a new open surface car park at each end of the new shopping area. Natural light and ventilation are the key features of this space, which generates continuity with the exterior through a large open courtyard running the length of the car park and five central exterior courtyards that visually connect all the levels. The new car park has two panoramic lifts with access to the new shopping area and, in the lobby, a large handmade mosaic has been created with natural ceramics.

Another one of the project’s architectural highlights is the spectacular new central square, a destination in itself, where the pedestrian path on the shopping street ends, creating new accesses to the new surface and underground car park and increasing the number of commercial buildings by seven. It is an organic and highly dynamic space inspired by Catalan noucentista architecture. The square, dominated by its large palm trees, has been conceived as a meeting place and a venue for holding cultural activities.

The design criteria for the new buildings are based on the same premises as in the previous phases. The typological reference continues to be that of a street, square or shopping boulevard in a medium-sized Catalan city in the late 19th and early 20th centuries, with the aim of creating an urban space to support commercial activity.

RUBAU is proud to have carried out this unique project that consolidates La Roca Village as a driving force for employment in the region and a key player in the recovery of the Catalan economy. 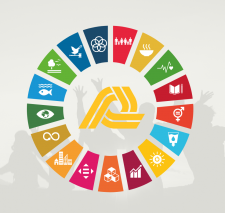 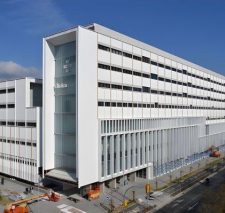 On April 18, the new Clínica Girona, a project led by Construcciones Rubau and Agefred, will start operations. The new Clinic triples the surface area from 13,000 m2 to 41,000 m2. The move will take place at Easter.