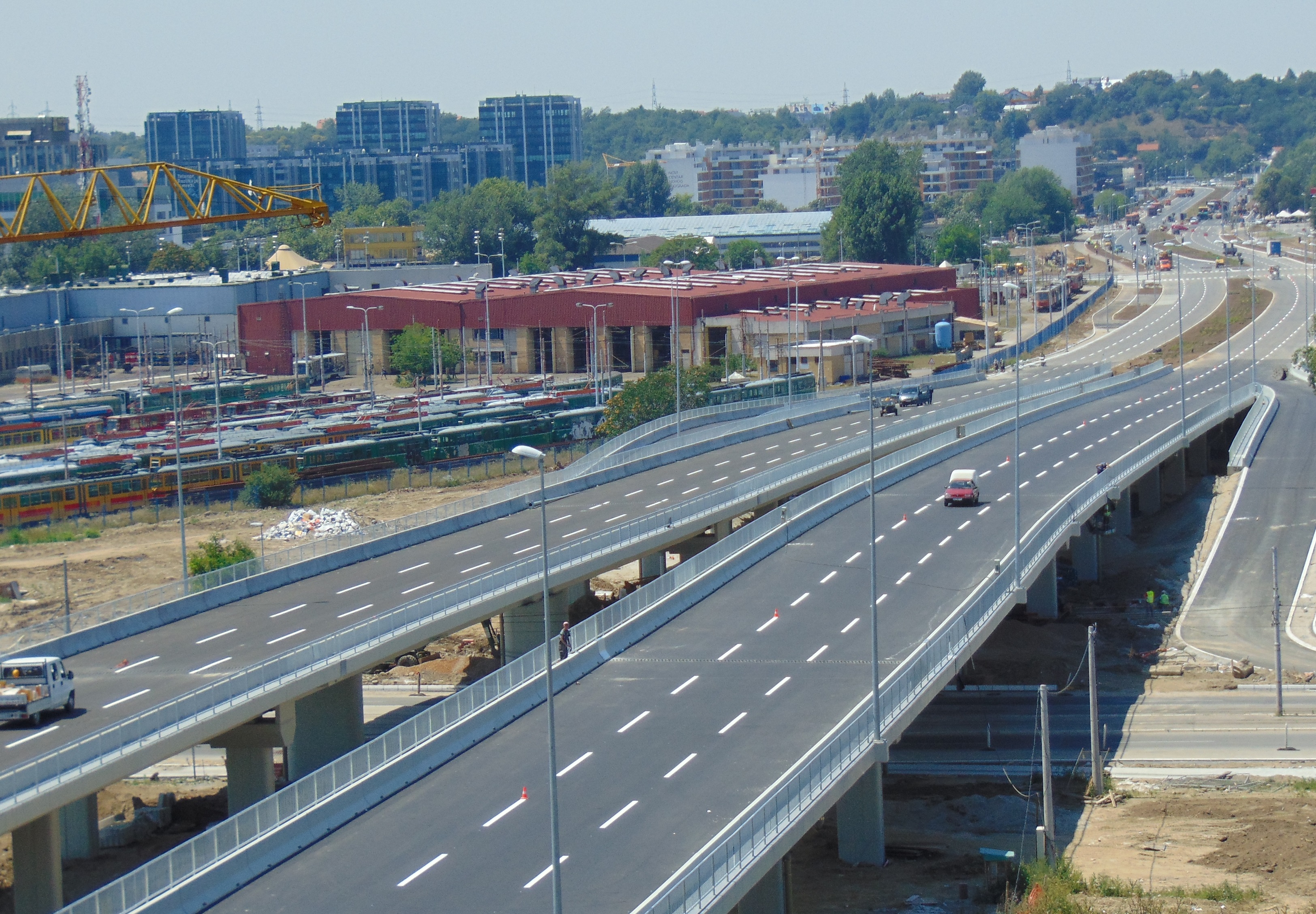 Last June 26th marked the celebration of the completion of Rubau’s first project in Serbia: Construction of the north approach roads to Sava Bridge in Belgrade. The event was presided over by the city’s Mayor, Sinisa Mali, and the Director of the Agency for Construction in Belgrade’s Municipality, Branislav Popovic. Representing the Spanish Embassy in Belgrade were Javier F. Álvarez, the Economic and Commercial Counselor and Ivana Djuranovic-Veselinov, market analyst.

The construction project completed access to the Sava Bridge by the inner semi ring road (ISRR). It is one of the most important roads in Belgrade, planned as the continuation of the Ada Bridge. This new infrastructure, whose aim is to reduce congestion, has reordered the traffic amount at the existing bridges, providing traffic alternatives within the central area of the city.

It should be noted that the project was successfully executed, achieving all the requisites of schedule, quality and safety, to the satisfaction of the client, the Belgrade city council.