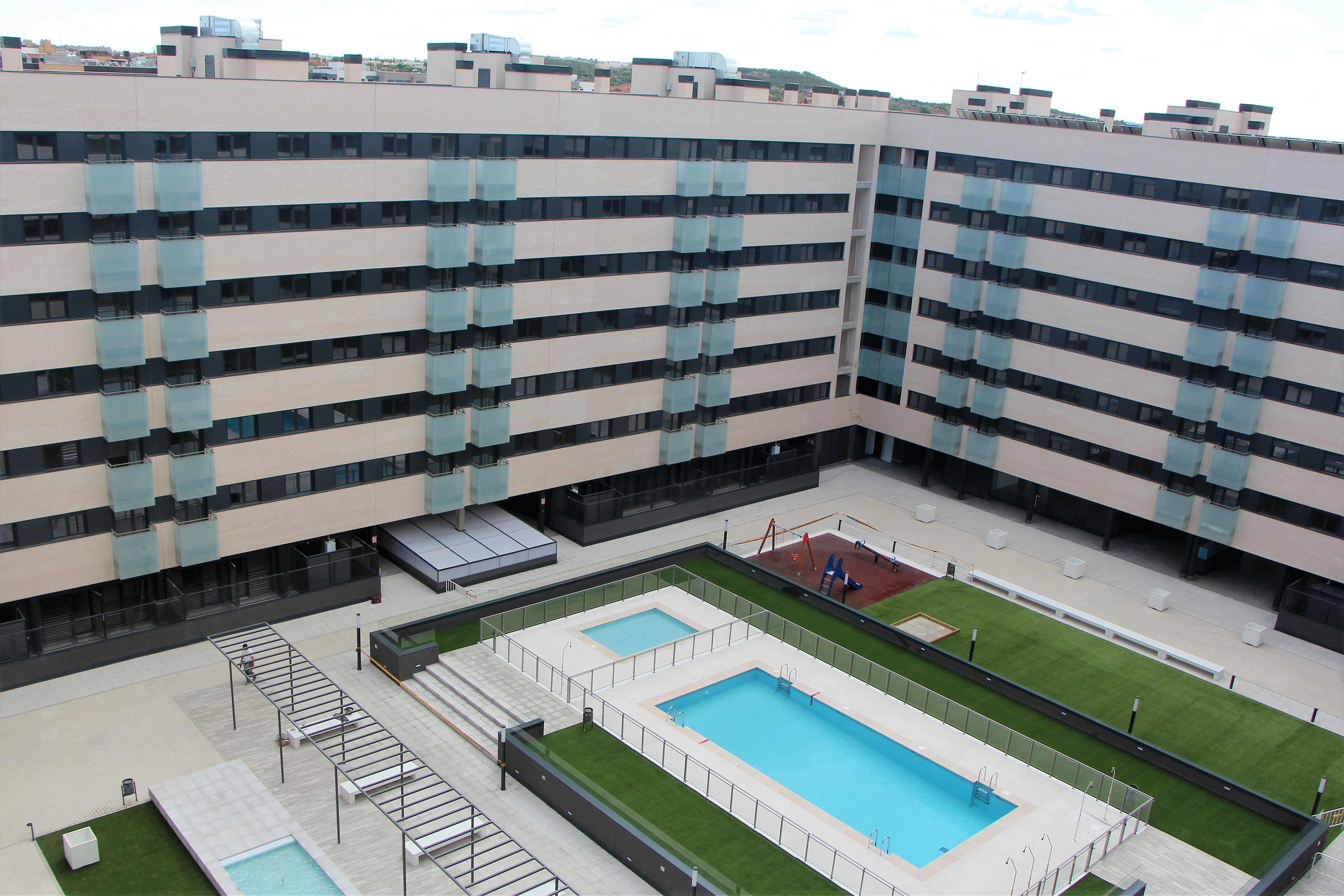 The flats—each with its own lumber room and parking space—are part of phase one of the Sixth Municipal Housing Plan. They are located in Calle Madres de la Plaza de Mayo in the La Luna district, a residential area outstanding for its sustainable design featuring bicycle lanes, green spaces and sports areas. The complex also has a swimming pool with artificial turf, a pond with water jets, a glazed meeting area and a large children’s play area; amenities designed to increase residents’ quality of life.

The block has an energy efficiency rating higher than that which is customary in this type of project. Social housing is generally class C, while this building is class B. This means energy saving, thanks to increased basic insulation and LED lighting in all communal areas and dual-aspect flats. It is also the first time that an EMV building has been equipped with charging points for electric vehicles.

Thanks to this project, which has been completed in accordance with strict building standards, RUBAU, Rivas Town Council and EMV have contributed to guaranteeing the right to housing by giving Rivas residents access to quality housing.