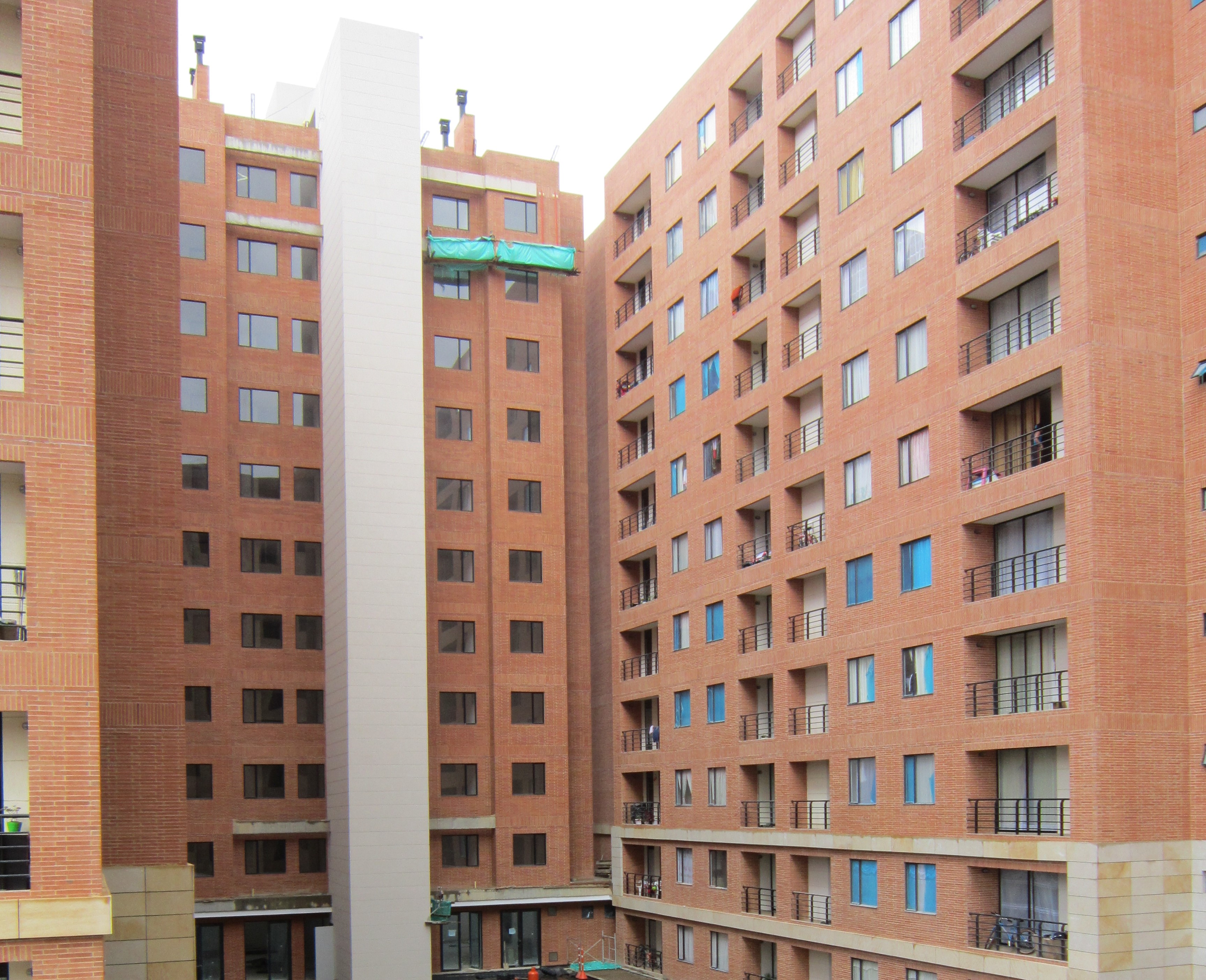 THREE APARTMENT BLOCKS FOR THE ARMY IN BOGOTÁ COMPLETED

In October 2013, the Instituto de Casas Fiscales del Ejército assigned the construction of three apartment blocks in Bogotá to Rubau, each with eleven storeys plus a basement, totalling 170 apartments.

The building work, which had a contract budget of approximately 16 million euros, consisted in the construction of three apartment blocks for non-commissioned National Army officers. The dwellings were designed with architectural criteria that guarantee accessibility and ease of use for persons who have sustained physical disabilities as a consequence of incidents occurred whilst fulfilling their vital duty.

This is one of the many projects that Rubau has already carried out in Colombia, where their establishment as a construction company is now more than consolidated after having embarked on their first project in the country in 2012.